Over the past few weeks in class, we’ve had conversations about alcohol use and risks associated with it. The NIAAA described the health risks associated with excessive drinkings such as heart disease, cancer, problems of the liver, pancreas and others such as sexually transmitted infections, violence, suicide. Most researchers believe that risks associated with alcohol drinking outweigh any potential health benefits from moderate drinking. As an example, Professor Walter Willett of epidemiology and nutrition at Harvard T.H. Chan School of Public Health thinks that heavy drinking is harmful. 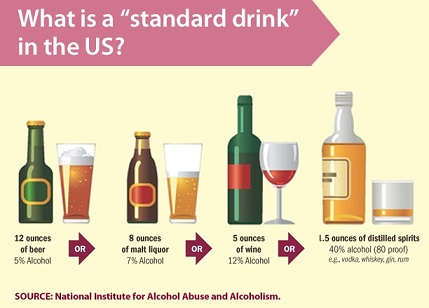 The CDC  and NIAA defines the term “moderate drinking” as

A new study on  Alcohol: Balancing Risks and Benefits concluded that there’s no amount of alcohol consumption that’s safe for overall health — a finding that’s likely to surprise moderate drinkers, and that has left some experts unconvinced.

The federal, state and local authorities in the US work together to minimize health risks associated with alcohol drinking.

In this blog, I’m sharing some of the alcohol prevention strategies I’ve learned for the past few weeks while taking a class in Special topics in Epidemiology on alcohol and women.

Should we make these strategies different for women and men?

The answer to this question is YES. Alcohol offers each group a different spectrum of risks. It is necessary for everyone, especially policymakers to understand that alcohol affects women’s bodies differently. Unlike males, women are more likely to suffer the health and social effects of alcohol consumption. Also, women are vulnerable to the secondhand effects or alcohol harms of excessive alcohol consumption among others.

With a recent report on an increase in the number of women who drink, there should be an awareness of these health risks and make informed decisions about alcohol use. As such, it should be given special attention.

We also need to be aware that women are the target for more recent alcohol ads and campaigns. Advertisers market liquor as “diet” or “natural” in an effort to appeal to health-conscious women.

2 thoughts on “Alcohol prevention strategies: Prevention efforts should be different for men and women”