The last few pages begin with the shooting of Jimmie Lee Jackson and the assassination of Malcom X. As this book progressed, it became very apparent how the retaliation for their movement was creating a lot of grief and tension within the community of protesters.Tensions began increasing within the movement itself as people began questioning the purpose of their approaches to protesting, causing a rift between you and the rest of the SNCC. Following your decision to no longer represent the SNCC, the marches in Selma began, signifying the beginning of the end. Although you were beaten close to death, you kept moving. Eventually, all of your work, and the work of those pushing for equality, led not only to the Voting Rights Act of 1965, but also to many more progressive strides that are still seen today.

As I read through this final stretch, I became extremely frustrated with the lack of sympathy or remorse that so many expressed towards those in the movement. It was heartbreaking to see so many lives cut short or damaged in the wake of trying to achieve something that should be a given in this country. I greatly respect your perseverance throughout this journey, despite the constant beatings and arrests. It was very satisfying to see the Voting Rights Act be put into place after reading about the strife that developed in search of it.

I would like to know your deeper thoughts on leaving the SNCC and how that impacted your outlook on the movement as a whole. Leaving an organization that you spent so much time working with must have been a difficult decision to make. 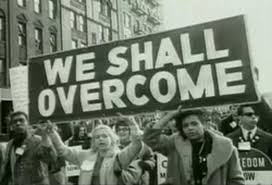 For me, personally, I see a solution lying in the bystanders. Instead of watching the abuse and unfair treatment of those fighting for their rights, start taking action to protect them or help fight with them. In the book, the white people who stood beside black protesters were called similar derogatory names as them, but they didn’t back down. I think it’s an important responsibility of ours to take more action when witnessing an injustice, and this could lead to further progress than we’ve seen.