Zombies. Megachurches. Soap Operas. Not your typical academic conference topics – unless, that is, you’re considering the broad field of cultural studies and critical media literacy. In this post I’d like to present a quick intro to critical media studies and then summarize two outstanding sessions from the Critical Media Literacy Conference I attended in Savannah, GA on March 26, 2016.

What is Critical Media Studies?

Critical media studies began in the late 1970’s as an – ahem – critical response to the dominant technology-delivery focused field of media studies. Cultural theorist Stuart Hall is generally considered the founder (and his research the foundation) of this critical subset of media theory. In general, critical media studies is concerned with the power effects of media/cultural products and producers on audiences and the ways that audiences accept, resist, and react to media. Importantly, critical media studies holds that there is no value difference between “high” and “low” culture. In fact, low culture may have more pervasive effects (both positive and negative) due to its ostensibly throw away nature and, thus, lack of serious critical concern.  More recently the field has focused on the dual subversive and corporate potential of social media.

According to Helmsing, soap operas use intimacy as pedagogy and offer 4 civic lessons in how to be a feeling person by providing models of how:

Bishop conducted ethnographic research inside of one Atlanta-area megachurch. Based on her experience she argues that these organizations have nothing to do with religion but are neoliberal spaces that focus on the consumerist pursuit of happiness, entertainment, and value instead of truth.  The megachurch enacts this consumerism by: 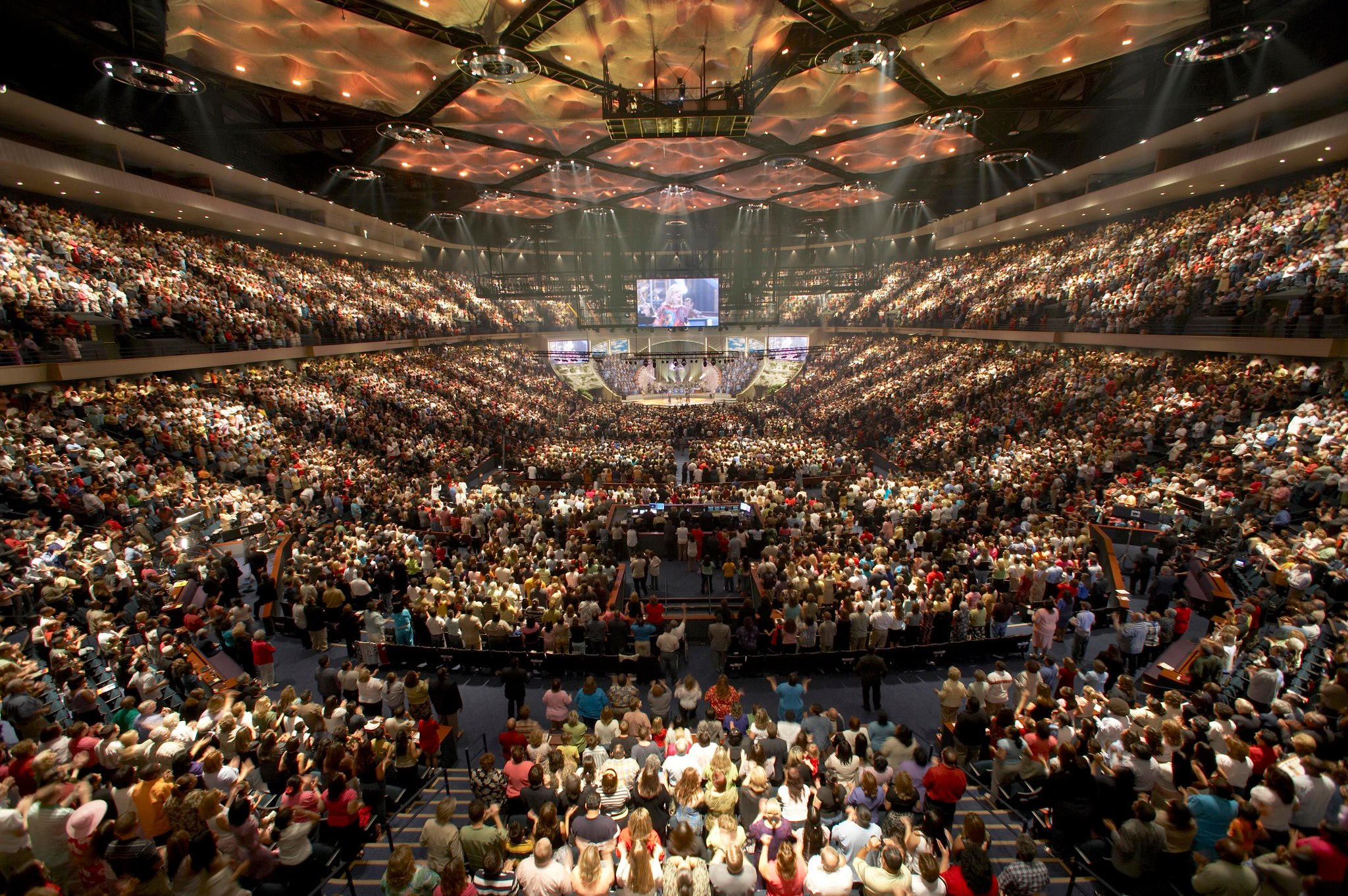 Inside of Lakewood Megachurch : Auditorium

If you’re interested in this type of research I suggest checking out Cultural/Media Studies: Critical Approaches. GSU also offers critical media studies courses in several disciplines including Education and Film.