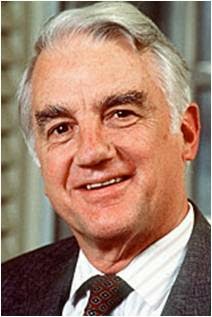 Derek Bok has been a well-respected figure in higher education for over 50 years. His respective roles of student, law professor, dean and president of arguably the most prestigious university in the west (Harvard University), have afforded him expansive knowledge of the inner-workings of the American university system. Bok has applied this experiential wisdom and dissected his encounters with the meticulous and methodical mind of an attorney. Bok was born into an affluent family in Bryn Mar, Pennsylvania in 1930. His great-grandfather owned a publishing company, his grandfather was a renowned author and the first editor of the Ladies Home Journal, and his father was a Pennsylvania Supreme Court Judge. Despite his prestigious background, Bok was a perennial champion for the underserved and fought tirelessly for blind justice in the educational realm. Bok served as president of Harvard for more than 20 years and his opinions regarding higher education have been featured in countless journals, articles, and other publications. (Harvard Square Library)

In his preeminent title, “The Shape of the River”, Bok and his esteemed colleague William G. Bowen delve into the consequences of race as it pertains to selective college admission. Bok effectively employs the strategy of logos and reports extensive quantitative analysis. The information that Bok used was pulled from a database that was formulated by the Andrew W. Mellon Foundation over a four-year period called the College and Beyond Database (Shape of the River xxvii). The database contained the complete educational profiles of over eighty thousand undergraduates from 28 top schools in the years of 1951,1976, and 1989 (Shape of the River xxviii). Some of the records even included post-graduation information including job history, family income, and civic involvement (Shape of the River xxviii). This topic of discussion had not previously been so extensively researched, so the results of this investigation have been frequently used in subsequent studies (Horne).

The book starts off with a brief history of the state of the African American demographic in the United States dating back to the 1940s (Shape of the River 1). Bok lays the groundwork for the book by explaining in detail the cause of educational deficits in the black locale. (Shape of the River 1) During this time, “only 12 percent of blacks aged 25-29 had completed high school; less than 2 percent could claim a college degree” (Shape of the River 1). With an education that was never meant to measure up to that of the white community from inception and a progression of lackluster attempts at bridging the gap, the book states that “the outlook for blacks seemed highly uncertain” (Shape of the River 2). In the midst of all the historical and statistical data, selective word choices revealed compassion for a downtrodden people. Bok inserted a quote from a former president that stated, “You do not take a person who, for years, has been hobbled by chains and liberate him, bring him up to the starting line in a race and then say, ‘you are free to compete with the others'” (Shape of the River 6). It seems that the co-authors could not help being a bit subjective as it relates to the mistreatment of blacks in this country. The book continues to discuss whether proposed discriminatory practices ranging from admission, job placement and salary are based on reality or “assumptions about facts” (Shape of the River 275).

In a review of the book by Gerald Horne, the author agrees with Bok’s stance that achievement is directly correlated with the prestige of the area that a student is raised in. He also notes that the “de facto affirmative action” acceptance rate for alumnae children is almost double that of other applicants (Horne). This information lines up with the consensus about ivy league institutions and their suggested unfair admission practices. Bok, throughout the book, records a plethora of admission data – I would have to write a thesis to even scratch the surface- but one statistical finding was very unexpected. In this portion of the study, the comparison of black and white applicants that were admitted to selective colleges based on SAT scores was measured (Shape of the River 26). Research revealed that “In the upper-middle ranges of SAT scores, in particular, the admission probability for black applicants was often three times higher than the probability for white applicants” (Shape of the River 26). This statistic reverts me back to the historical context section in the preface where Bok displays his extensive knowledge of the law. He gives a chronological timeline of Supreme Court rulings with respect to education leading up to the case that potentially caused the aforementioned phenomenon.

In the landmark case, Regents of the University of California vs. Bakke, the court ruled that racial quotas for minorities was a discriminatory practice and thus violated the Title VI rights of the white applicant who was excluded from medical school because of them (Shape of the River 8). This ruling spurred a sequence of Supreme Court cases concerning racially charged admission practices in higher education. The substantial contributions by Bok and Bowen have been mentioned in law journals and other legal publications in reference to fair admission policies. The Shape of the River even made its way into a Supreme Court Amicus Curiae document in the table of authorities section (Affirmative Amicus). The article in the Harvard Magazine reflected that The Shape of the River is “…the most comprehensive study of the effects of considering race as part of college and university admissions” (Affirmative Amicus). Bok’s bibliography is filled with books that challenge the current inconsistencies in higher education. With titles like “The Struggle to Reform our Colleges”, “Universities and the Future of America” and “Universities and the Marketplace: The Commercialization of Higher Education”, it is clear that Bok is unrelenting in his quest to reconstruct the institution of higher education in America.

Derek Bok had an illustrious academic career, during which he attained a B.A. from Stanford, an LL.B from Harvard and a political science degree from the Paris Institute for Political Studies. Lastly, he procured an A.M. from George Washington University while serving as an officer in the military. Mr. Bok returned to teach at Harvard Law School until he became dean in 1968. He served as dean until 1971, at which time he became one of the youngest presidents in contemporary Harvard history and the only president to serve two separate terms. Bok served as president cumulatively for more than 20 years. He has received myriad accolades for his academic and instructional endeavors and now has his own namesake award granted annually for teaching excellence in conjunction with the university (Harvard Square Library).  Despite his affluent upbringing, stellar academic achievements, and being heavily celebrated and praised by his peers,  Derek Bok has retained a razor-sharp focus on equality in higher education and society en masse.

For more information on this scholar, visit the below links.

Horne, G. (1999). The shape of the river: Long-term consequences of considering race in college and university admissions by william G. bowen and derek bok.Radical Teacher, (55), 41. Retrieved from http://ezproxy.gsu.edu/login?url=https://search-proquest-com.ezproxy.gsu.edu/docview/218827595?accountid=11226