Science in the Headlines!

Don’t believe the news hysteria about fires in the Amazon – here’s the real story from NASA
https://earthobservatory.nasa.gov/images/145464/fires-in-brazil

How Earth Looked a Billion Years Ago http://qz.com/577842/scientists-have-used-groundbreaking-technology-to-figure-out-how-the-earth-looked-a-billion-years-ago/

What does a geoscientist do day to day?  http://rockheadsciences.com/category/a-day-in-the-geolife-series/ 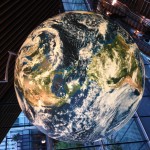 Careers – Consider majoring in one of the fastest growing fields of study! GEOLOGY

After completing my M. S. degree, I taught middle and high school sciences for two  years, after which I taught part-time at Western Carolina University in the Geoscience Department.  I came to GPC as the “lone geoscientist” at the Lawrenceville Campus in fall of 2001, where I remained until I transferred to Rockdale/Newton Campus in January, 2007.  Beginning January, 2016 due to consolidation, I’m here at the Newton Campus of Georgia State as part of Perimeter College.