In her article, Suzanne Tick addresses gender inequalities in the workplace and how meshing gender roles have and will continue to impact fashion and design.

It cannot be denied that, “we are living in a time of gender revolution” (Tick). Suzanne Tick stresses that scientific advancements, the evolution of sexual politics, and media depictions have been telling in the new definitions of gender. Distinguishing between male and female qualities has become increasingly difficult as cultural shifts challenge age-old gender roles. Society is forced to adjust its molds of men and women. Designers, in particular, must pay critical attention to society’s shifts in order to keep up.

In most career areas, men tend to make up the majority of the population. According to Tick, even today’s design landscape is still embedded in the predominantly masculine oriented Modernism movement (Tick). Men inhabit the roles of power in the workplace while women tend to fall into secondary roles, such as a secretary. While men and the male perspective continue to dominate in most fields, a renewed era of feminism has ignited and invited men and the LGBTQ community to join in a combined, global movement. Workplace hierarchies continue to shatter as the female population has increased and transgender people demand accommodation. Workplaces are not only accommodating its workers. 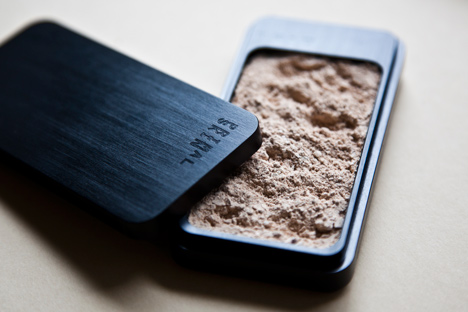 The aesthetic of the new workplace is a combination of environmentalism, sustainability, equality, and an emphasis on new design. Designers have noticed this cultural shift and are faced with incorporating gender sensitivity into the world of fashion. Individuals such as Alexander Wang and Annemiek van der Beek have taken the lead in this movement by introducing women’s fashion with male features and a makeup line made to appeal to men.

In a society where outward appearances don’t always allow us to classify people by their gender, people are resisting to be defined. While someone’s anatomy might define them in the past, new definitions of gender roles allow people to define themselves. Boxes on forms that ask for gender are left blank and students are changing their genders of their own accord. Previously ostracized transgender individuals are now head of corporations. These changes have not gone unnoticed. Businesses are providing gender-neutral bathrooms and schools are recognizing the gender chosen by

their transgender students. Taking steps to accommodate these individuals has not gone without opposition, but, according to Suzanne Tick, it is a necessary first step in allowing everyone to feel safe in their work and public environments.

“In our post-gender world, masculine and feminine definitions are being switched and obscured. But this is an essentially human phenomenon” (Tick). Designers carry out their work with the idea that they are designing for the people in mind. When people’s ideals and identity change, so does fashion and design. Therefore, they must design with the knowledge that they must accommodate different types of people, and leave room for individuality.

Tick, Sarah. “His & Hers: Designing for a Post-Gender Society.” Metropolis Magazine.