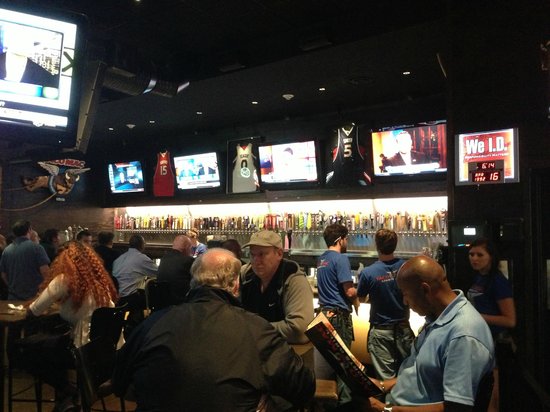 This is one of Donald Trump’s tv campaign ads where he tries to use Hillary’s comments on his supporters as being “deplorable’s” against her.

One aspect about the ad I found interesting was that they used a female voice instead of male voice for the voice over. I believe they did this to provide an almost comforting tone. A woman is culturally associated with being more compassionate and caring than a male, so they used a woman’s voice to console his supporters in a way. It paints Hilary is a very monstrous light, so using the woman’s voice is kind of like saying, “come here, everything is gonna be ok, she is just a bad person” to all of his supporters. A male’s voice would not have accomplished the same goal because men are culturally supposed to not show as much emotion as woman, and suck up their feelings and just move on.

Another thing I noticed was they tried to include as many people as possible. While showing the speech in which Hilary made the comments, they showed the clip of her listing off all of the groups of people she called deplorable. In stead of leaving it unspecific as just “Trump Supporters” they choose to add in all of the groups she named in hopes of getting people to feel more passionately about it. They also kept repeating the word ‘you.’ They did this again to try and draw as many individuals in and make them feel like she was personally attacking them. One final time they attempted to appeal to everyone, they said, “hard working people like you.” Again they used the word ‘you,’ but they added in ‘hard working people.’ Basically every adult has some sort of job or work to provide for themselves and their families, so this was another attempt at trying to draw in everyone as possible to feel threatened by Hilary’s comments.

The ballot of where I am from is the ballot for Forsyth County. It obviously has the presidential candidates to vote for, and it also has the vote for the United States Senate between Johnny Isakson, Jim Barksdale, and Allen Buckley. There are a couple votes for some districts for State Senate for the 27th and 51st. There are a couple of votes for State Representative in the General Assembly for districts of 22nd, 25th, and 26th. There are numerous local spots up for election like many positions on the County Board of Education, Tax Commissioner, Coroner, a couple County County Commissioner positions. There are four amendments proposed for the Constitution of Georgia. The first questions whether or not the state to provide greater flexibility and state accountability to fix failing schools through increasing community involvement. The second is to whether or not authorize penalties for sexual exploitation and assessments on adult entertainment to fund child victims’ services. The third calls for reforms and re-establishes the Judicial Qualifications Commission and provides for its composition, governance, and powers. The final one would dedicate revenue from existing taxes on fireworks to trauma care, fire services, and public safety. The last part of the ballot has two local issues to be voted on. The first one is to add a 1% sales tax and use it to improve the existing educational systems and technologies and to also provide funds for future schools and learning tools in Forsyth County. The second one addresses the homestead exemption from Forsyth County school district ad valorem taxes. As of right now, senior citizens are exempt to pay these taxes, but this bill calls to revise it by changing the exemptions of any senior citizens with minors living in the area.

The Philips Arena in downtown Atlanta was built in 1999. It is a multi-purpose building, holding different events such as concerts to sporting events. It is the home of the NBA team of the Atlanta Hawks and the WNBA team of the Atlanta Dream. It was the home for the NHL’s Atlanta Thrashers from 1999 until 2011 when they moved to Winnipeg. When you first arrive to the arena, you are met with an awe inspiring piece of architecture. The entrance is a large, silver canopy that spells the word “Atlanta” with its metal beams. It is very easy to miss due to its daunting size, requiring you to look at it from a distance. Once you walk past the Atlanta architecture, you are greeted by a magnificent statue honoring arguably the best player in Hawks history, Dominique Wilkins. It was crafted with beautiful copper and imposes its presence on you standing at 13 and a half feet tall. The architecture on the entrance and the statue just past it really give an insight into the rhetoric of the building. It builds a sense of community with the word Atlanta at its entrance because when you enter the building, you are entering a piece of Atlanta. The statue of Dominique Wilkins also provides insight into the culture of Atlanta showing how one man has brought the community together through the power of sports, transcending any class or race. Once you actually enter the arena, there are two different atmospheres. The first is one that is completely dead. This would be due to there being no event taking place that night, and it feels like a ghost town. Everywhere you look, it is completely vacant and eerily quiet. However, during nights with an event, it is bumping, literally. You would not be able to meander your way through the crowds without bumping into someone. An overhead look would be comparable to a cattle drive in the old west, or being inside a pack of sardines. Once you find your seats, you are able to get a little bit of your personal space back. However, it is always extremely loud no matter if it is a concert or a basketball game. There are always fans that live up to their names of fanatics, screaming at the top of their lungs and with veins popping out of places you didn’t even know had veins. Your attention is also being grabbed by countless things like the swift gameplay by the basketball players, or the giant sky blue scoreboard throwing video clips at you. The overall atmosphere of an event draws you into the community of Atlanta. Its intriguing to see how one building can provide a place for people from all different backgrounds and ethnicities to come together and share an experience. This is the scoreboard that is hanging over the middle of the arena. It is cube shaped with four sides facing the four parts of the arena. It has four LED tv’s on each side that display many different short clips throughout the basketball games. It also has the game clock and scores for each team below the tv’s on all four sides. The structure that holds the screens up are sky blue, after the Philips company colors.

This is an audio clip that was recorded during the opening part of the game, right before tip off of an Atlanta Hawks game. As you can hear, it is very loud. The fans are jumping and screaming from excitement for the game. There are also sounds the arena plays like the screech of a hawk that you can faintly hear in this audio clip. This is the basketball court inside of Philip’s Arena that is the home court for the Atlanta Hawks. The court is 94 feet in length and 54 feet in width. It has the Hawk’s logo in the center of the floor on top of the half court line. It is colored with the Hawk’s two main colors of red and white, and then their one secondary color of navy blue around the outside of the court.

This is the statue of Dominique Wilkins outside of Philips Arena underneath the canopy at the south side entrance. It is placed upon a granite base, with 13 and a half feet of copper on top that. The statue is positioned in the anticipation of dunking because he is considered to be one of the best dunkers to have ever played in the NBA.

I have seen all of these types of commercials all throughout my childhood, and yet, I did not notice the huge differences between them. All of the advertisements for boys were very similar. They all had some sort of violent aspect to their product whether that be the actual dueling bewteen the battleships or the weapon of a pirate. The voice used on the voice over was a very deep and masculine voice. The colors were mostly dark and not very vibrant. The overall effect the advertisements for boys had was one that was very masculine, dark, and violent. The girls advertisements, on the other hand, were the exact opposite. They were all very colorful and bright. They all had to do with cute dolls or animals, and the voice over was a very high pitched, innocent voice. It was very welcoming compared to the ads for boys. I was really shocked to have just now realized all of these stark differences even though I have literally seen these ads all of my life.