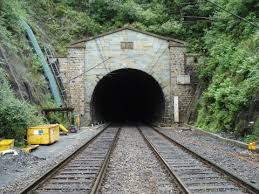 One thought on “Tapestry Of Space: Domestic Architecture and Underground Communities in Margaret Morton’s Photography of a Forgotten New York”