Photogrammetry, for the purpose of our work at Georgia State, refers to the use of software to combine, convert, and render 2D images into a 3D object. There are numerous methods for this practice, ranging from a single camera operated by a moving human to complex arrangements with multiple cameras and a movable object. The process can capture a range of objects from extremely large to fairly small. For instance, you might capture an ancient ruin by taking photographs as you walk around the structure. You might also capture a small figurine by taking photos with your camera or phone. The process changes depending on the size of object, the equipment available, and the software used.

In the spring semester, the library and CETL are prototyping a 3D scanning/modeling/printing course, in which students will learn how to fully digitize and replicate a material object in both digital and physical forms. To facilitate their learning, we have acquired a photogrammetry kit that will complement the other equipment we have available in the library.

To test the kit, I selected a small owl figurine. The object is roughly 1.5 x 1.25 x 1.125 inches. I placed the object in the center of the turntable, facing the 0 degree marker. I aimed the camera directly at the object on a level horizontal plane. Using portrait settings, the internal camera flash, and the wireless remote, I took photographs of the object at 15 degree increments, for a total of 24 images. I did not capture the top or bottom of the object for this test. Total time for capture: 20 minutes.

Using Agisoft Photoscan, which is available on four of CURVE‘s workstations, I aligned the photos, generated a cloud of points, created a mesh, and then textured the mesh. I removed some unnecessary details from the model, and then exported as an .obj model. I uploaded the model to SketchFab. Total time for model creation: 20 minutes.

Admittedly, the model lacks some features, such as a true representation of the bottom and top of the figurine. For a quick 40-minute test, however, the kit and software worked very well. For smaller objects, we may need to acquire a macro lens for the camera. The primary use of this equipment will be to train students, which will provide an additional benefit of helping to preserve archival objects and provide access to objects that are fragile or inaccessible.

See below for a 3D rendering of the model and photos of the kit. 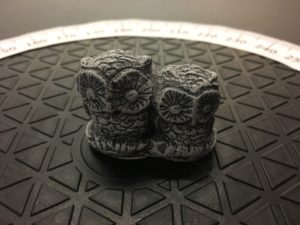 Click here to see the 3D model on SketchFab

Photos of the Kit 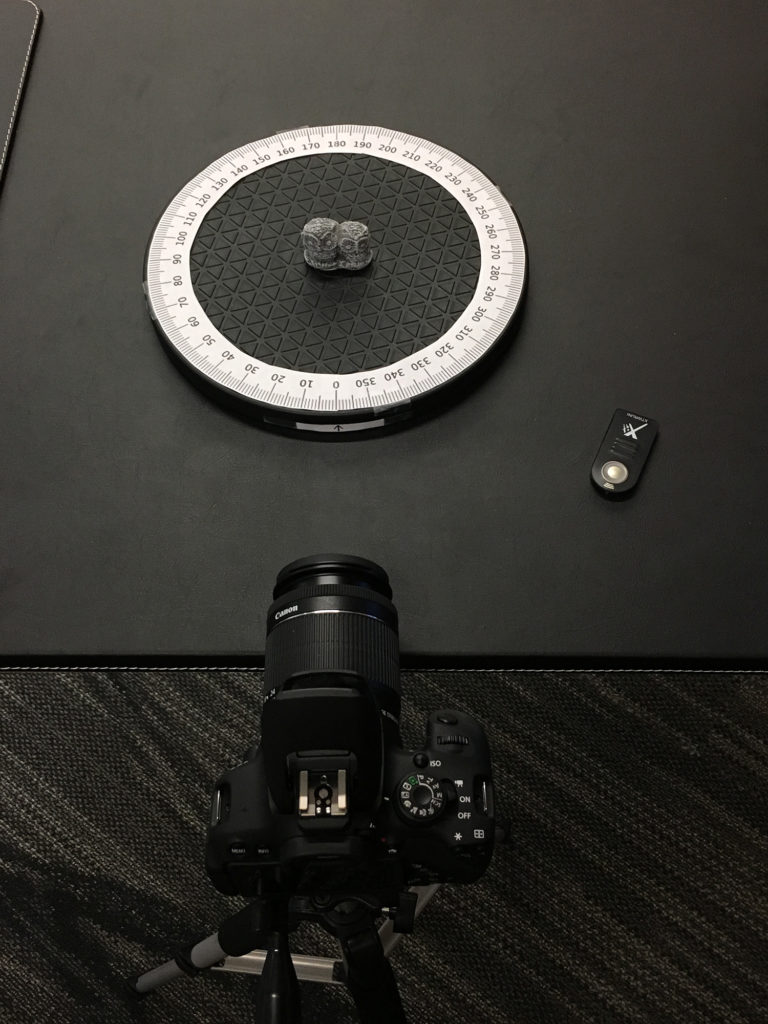 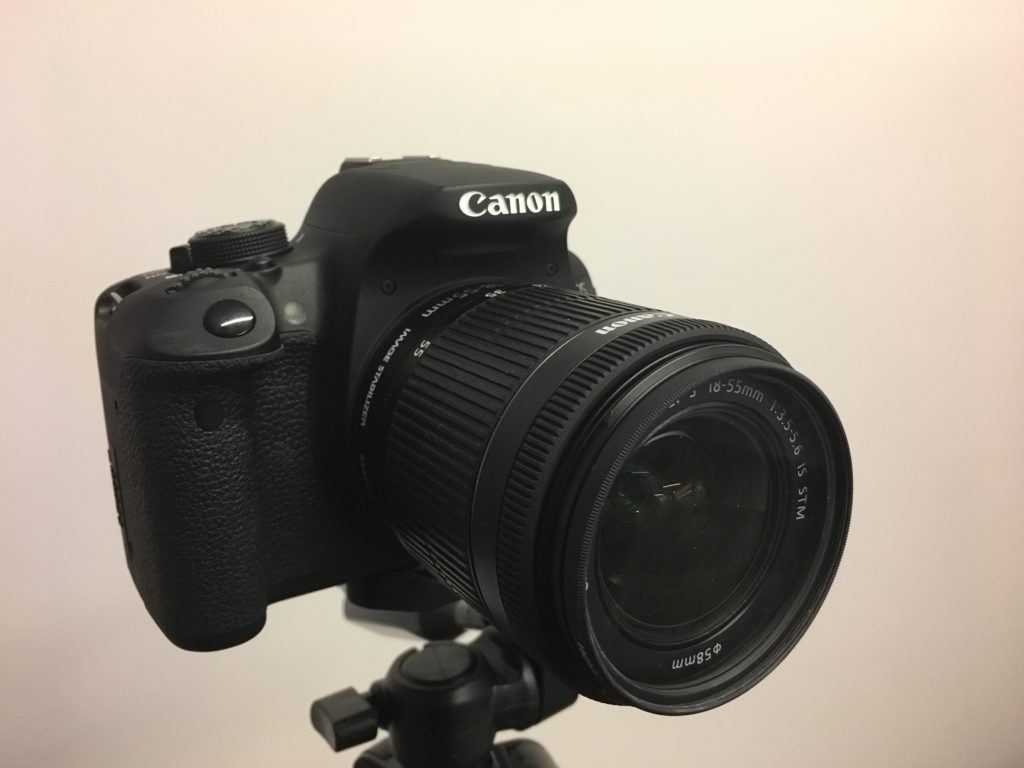 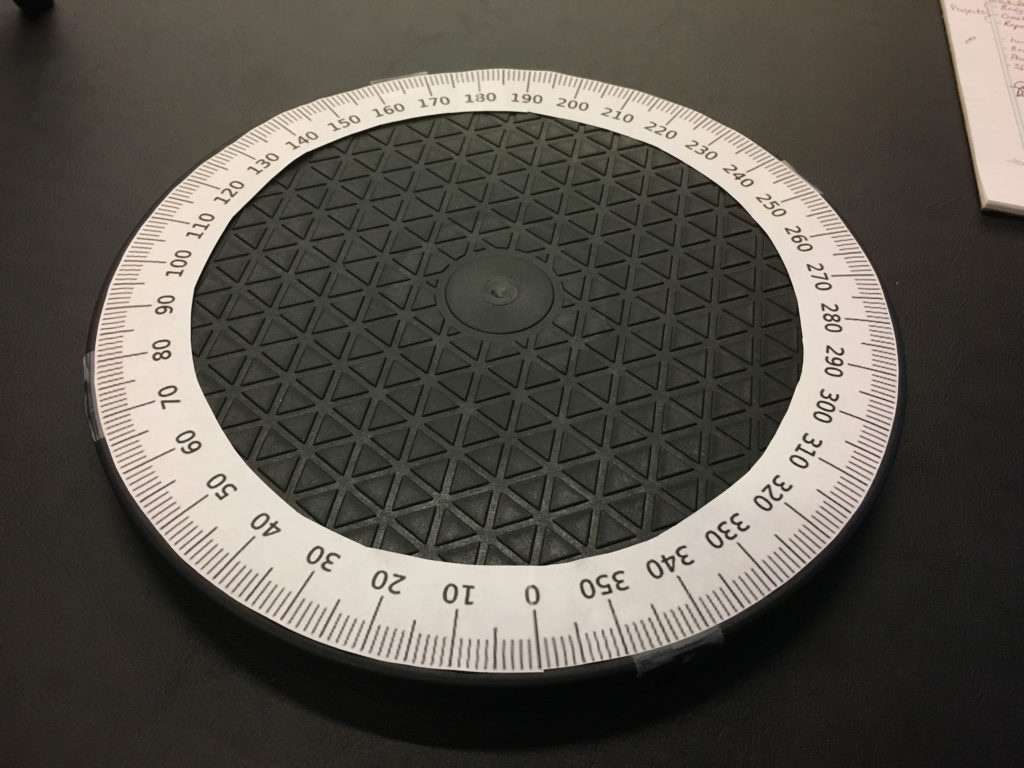 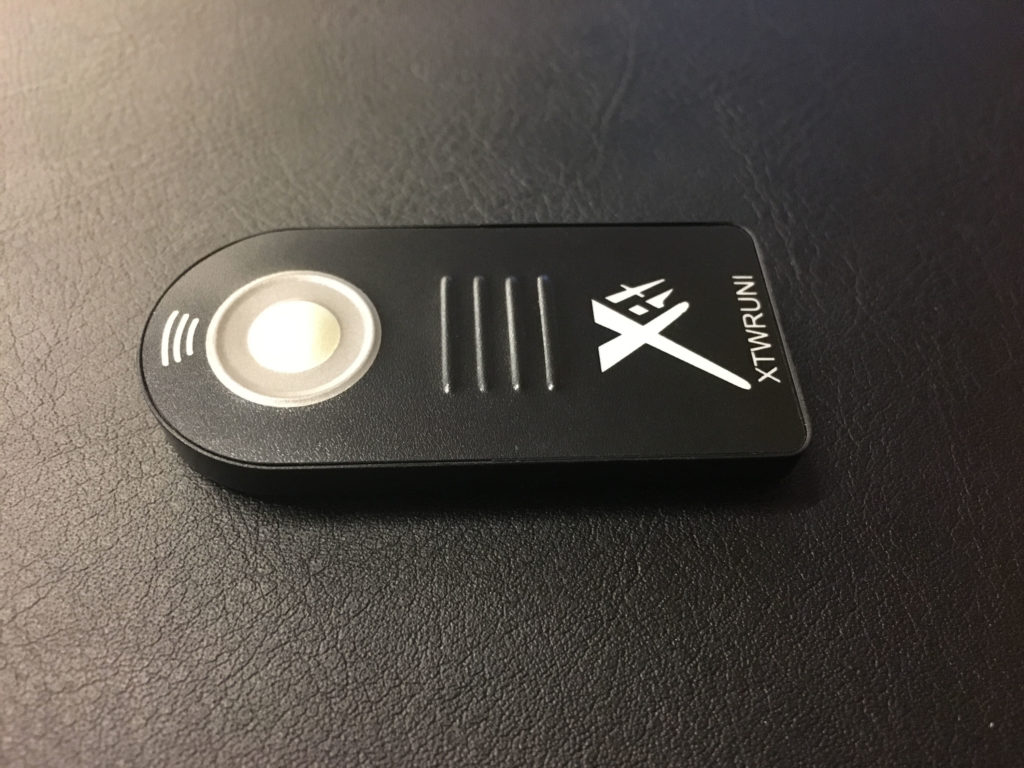